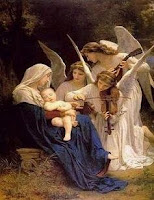 "In this household, I do the singing." Enrico Caruso
August will be a busy month. Alison wasn't kidding when she told those children they had to lift their game & I'm so pleased Ditz has her first private lesson before everything hits the fan; pleased for her.
We have 3 concerts next month ~ I think I counted 3; one's not on the schedule yet & I've forgotten what it is. Firstly there is the MBC concert. This is a showcase performance with some of the Ten Tenors performing. VM has ties with the Ten Tenors. One of our older boys has just landed a spot with them & he has got a voice to die for; really strong. This will be filmed so the kids have to present really well, not just sing like angles! As I'm listening to rehearsals for this now I expect an extra rehearsal call before the 15th!
The kids are used to having cameras shoved in their faces ~ sort of. Let's just say this isn't the first time, won't be the last. Then there is something happening in town to do with Ian McKinley with the kids singing his version of the 23rd psalm. Lovely music! That is being recorded for the ABC & also filmed...oh, & the composer himself will be there! Kids dying inside already over that one.
There is a photo shoot at QPAC for promotional stuff & then October sees the Silkstone Eisteddford, a studio recording & an anniversary performance. December the kids who can are headed to Singapore; something to do with their Con.
It is just snowballing at the moment & absolutely fascinating to watch. I know lots of people think rehearsals are pretty dull but I have never found rehearsals dull. Parents of new kids are invited to sit in for a session & see what happens ~ which is only good business sense ~ but few parents really avail themselves of the opportunity. Ten minutes & they start to get restless. Ok, I'm weird. I actually like listening to trained voices sing scales & do their Ooohs & Aaahs. I like watching how Alison pulls a song together, the way she works on different things to give it shape & make it something extraordinary to listen to ~ & it is. As she says herself, no~one else is doing what she is. She has made a niche for herself in the choir/ensemble world with something very unique.
Lots of people do big choirs, especially massed children's choirs. Alison does small choirs with a very big sound. Just because you might only be 12 years old doesn't mean you have to sing as though you're 12 when you have a big mature voice. Alison showcases her voices. We've got mature boys still using their upper register effectively & girls who can make a very big raunchy Jazz/Blues sound. Shocks the pants of people when they first hear it!
So last night we bused in & out to choir, which so did not impress Ditz! We missed tea & got very ratty all round but Theo had put Liddy's car in for a service & overhaul & a jolly good thing too. The loud noise emmanating from that car was not the muffler, as we'd all suppossed, but the wheel bearings! So not good! We hope to have it back for tomorrow as Liddy wanted to take Ditz to Dreamworld next month for her birthday ~ only next month is a nightmare logistically & financially so she thought we might do it tomorrow instead. I am just relieved the car is in good working order before I have to choof all round the state; I have enough problems.
It is very sweet of Liddy. Cross as she sometimes gets with her little sister she is as bad as everyone else when it comes to spoiling her & really Ditz no longer gets too many opportunities to just be a little kid. Choir is all about career & training & performance & pretty professional. Much as Ditz loves it it is not the place to goof of. She takes her drama seriously too so this will be a nice interlude.
Taking a deep breath now...
Posted by Ganeida at 1:52 PM

i would be fascinated to listen in on those rehearsals myself... being a complete musical dunce as I am, I would be in awe, I'm sure. And hey, I'm just the weird sort who tends to prefer the rehearsal to the actual event...;)

Hi Ganeida,
Would Liddy have room in her suitcase for me? lol I have always wanted to go to Dreamworld - lucky Ditz!
Blessings,
Jillian
<><

WOW. These are exciting times, indeed! I hope you are able to get a recording.

Home for a few days and catching up. Sounds like you have your days full.

I keep telling you, your schedule makes my head spin! This all sounds like a big deal. OK, so what is Dream World?

Dreamworld is a theme park ~I've added the link. The rides aren't really my thing ~ more Ditz & Liddy but I enjoyed the tigers & wildlife.

Thanks for the link!

There's something that we finally differ on...I LOVE theme parks (amusement parks). I love rides - especially roller coasters. I like up and down. My stomach can no longer handle spinny rides.