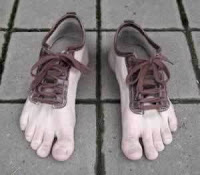 Why is it trivia? People call it trivia because they know nothing and they are embarrassed about it. Robbie Coltrane

The world is an extremely bizarre place. We live in a world where dolphins sleep with one eye open, men are 6 times more likely than women to be struck by lightening, slugs have 4 noses, honeybees have a type of hair on their eyes & hot water freezes faster than cold water.

I live on the 2nd driest continent on earth; Antarctica is actually drier because there is rarely any precipitation there; the snow just gets shifted around by the wind. Out west kids can get to the age of 6 or 7 without ever having seen rain which I always thought just a little weird but if you live in Calama, Altcama Desert, Chile, you will never see rain at all because it has never rained there!

And it gets weirder. The sun shrinks 5 feet every hour. Should that be cause for concern? I'm not sure that it explains why the state of Colorado has a law on its books stating a pet cat, if loose, must have a tail light. Or the vagaries of 18th century English gambling dens who employed a man specifically to swallow the dice in the event of a police raid.

Istanbul [Turkey}is the only city in the world to straddle 2 continents though we have one that straddles 2 states & it is a pain because one state has daylight saving & the other doesn't! Yeah, I know. Go figure!

Just the same Venus takes the cake for pure arbitrariness; it spins the opposite way to all the other planets in the solar system. Maybe I'm living on the wrong planet.

Nothing you wrote is as weird as that picture! LOL!

It's a great picture, isn't it!

I agree - that picture is soooo weird! lol

But I'm still trying to decide how they'd put a tail light on a cat???
Blessings,
Jillian
<><

When I read your trivia posts all I can think is that you'd make a great game show contestant! You are so full of interesting but off the beaten path kind of information.

I love reading it though, gives me something to think about.