Birthdays are good for you. Statistics show that the people who have the most live the longest. ~Larry Lorenzoni 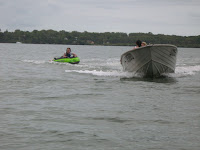 Yesterday this. Today the heavens opened & dropped two inches of water on our heads in half an hour. 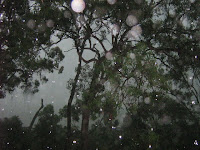 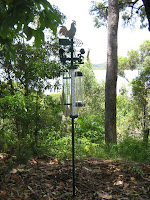 I know it was two inches because Dearest & I now have a weather station in the garden & I promptly rushed outside to find out exactly how much water was pouring over the top of us. 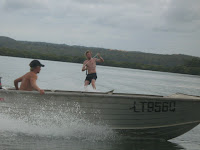 Which has not deterred the kids in the least. 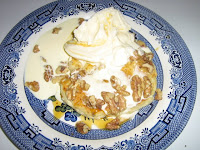 First they insisted on another round of pancakes. You may now all laugh. This is an American recipe that I have used for years. I found it in an American recipe book. Unfortunately at that time in my life I had no idea that all purpose flour is what we would call plain flour ~ meaning it doesn't rise of its own accord. I assumed, seeing we would use self~raising flour for pancakes & pikelets, that this is what was meant. The baking powder did throw me somewhat but undeterred I added the teaspoonful according to directions, beat my whites till they were stiff & fluffy, carefully folded the whites in & watched in amazement as my *pancakes* rose high & light & cake like! Despite learning that the baking powder is necessary because what was meant is plain flour I still use self~raising flour for this recipe, producing pancakes that blossom & swell to truly alarming proportions. One is a meal.
Today is St Stephen's Day; first Christian martyr. Or Boxing Day if you prefer. It is also Dearest's birthday. Shocking Day to have a celebration. Everyone is trying to recover from Christmas but out here he has a choice of watching the first cricket match &/or the Sydney to Hobart boat race but I do think his parents could have managed things better.
Boxing day is another medieval tradition whose original meaning has been lost in the hub~bub of Christmas. Money used to be collected in alms boxes & handed out to the poor on Boxing Day & during the 19th century those who were rich enough to have servants handed out tokens of appreciation to their servants the day after Christmas. Said token arrived in boxes.
The carol, Good King Wencelas, celebrates the idea of alms giving though the *king* was actually the Duke of Bohemia. Just the same, Wencelaus was considered a saint & a martyr in his own time & greatly influenced the Middle Ages idea of the rex justus ~ righteous king. As Christians it is a pity we have let so much of this ancient knowledge slip. No wonder so many people see no special religous signifigance to the holiday. Poor Dearest. As usual his celebratory dinner will consist mostly of Christmas leftovers.
Posted by Ganeida at 2:42 PM

I like the idea of a swollen pancake! And it looks very good.

2" of rain in 1/2 hour is a lot. Things can float away when that happens. I'm glad everything is intact.

Poor Dearest, the day after Christmas is not a good day for a birthday, so I think you are right that his parents should have prepared better! I am in early Jan. and that is bad enough.

Yes I am sure that his Birthday always was a bit of a let down! But Christmas leftovers aren't so bad : )! Have a nice Boxing Day and I hope you don't float away as Sandra said!

I miss the boat and lake so much looking at your photos. It is a wonderful way to spend a day!

Best wishes to all,

LOL WOW those are some big ol' pancakes all right! Happy Boxing day!

I have never in my life been in any rain of that proportion! Amazing!

A very Happy Birthday for yesterday to your Dearest, what is it with the weather this year?
xc

I love your pancake story, and extra-fluffy pancakes sound fantastic to me!