And he said unto them, The sabbath was made for man, and not man for the sabbath: Mark 2:27 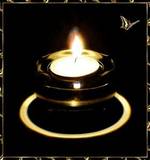 For a while now the Lord has been impressing on my mind the need to keep His Sabbath holy.  Not so easy when you share a house with 4 other people who are not on the same page as you are.

"It doesn't matter," says Dearest, " which day you keep holy so long as one day out of seven you do that".

And I see his point, I really do.  No point in being rigid & legalistic about these things & there's stuff ~ all sorts of stuff ~ that gets in the way.

The little niggle that is so often the still quiet voice of the Lord refused to go away.  Random searches on completely unrelated stuff turned up exegesis on keeping the Sabbath.  I figure I've been spoken to ~ & then some.  But what to do about all the other people in this house? The ones who conveniently find something else to do whenever mother broaches another of her weird ideas.

All this week I have been thinking about it because the Lord bore upon me there was no need, none at all, to jump in boots & all as is my want & scare everyone away.  Start with small things.  Pleasant things.  Things others will enjoy because, amongst other things, the Sabbath is a celebration full of the joy of the Lord.  So I was thinking of doing something special for dinner.  Even desert ~ & we all know how much I love to cook!  Candles on the window sill.  Just for me.  I am the only one who will enjoy them.  There is no need even to mention it to anyone else.

And here we are!  Friday ~ & everything is just falling into place.  No fuss.  No bother.

"Can we have chowder for dinner?  Chowder & rolls?" Asked Dino.  I could hardly believe my ears.  Chowder is an easy make~ahead meal, & an easy clean up. It is simmering gently on the stove.  I have made cheesecake & am nearly done with the housework.  Come 6 tonight we will see what happens.  These sorts of experiments with the Lord are always interesting.
Posted by Ganeida at 5:40 PM

Sometimes you need to trick people. : )

I would so much, SO MUCH, like to do a more traditional Sabbath...(wincing here now as my mind floods with the excuses now of why that would not be possible).

Actually, it has always been pretty impossible for my husband with the type of job he has, but there was a time, at least, that he would have liked to have done it also...not so sure he feels the same now though. And, I think it was easier for us to consider the idea before the Lord led us back to formal worship with a church.

Honestly, I would so like to do this with you, even if just on an experimental basis, but I was reminded recently (because her piano teacher has one Seventh Day Adventist student and a few Jewish students) it would also mean that my daughter would not be in any more recitals and would not be judged, such things are always on Saturday. I suppose I am not really feeling that calling right now, but I have a heart for it...so I guess I just will have to be with you in spirit but not in practice. :(

I hope it goes well and you keep us informed!

Sandra: Indeed they do. ☺

Seeking: Well, I have the same difficulties. Small beginnings. I figure do what I can now & let the Lord sort out the rest over time. There are a lot of other people in this house so it is unlikely to work as I would like just now.