For yesterday, & all tomorrows, we dance the best we know ~ Kate Seredy. 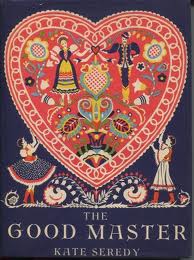 There's a reason I love libraries.   Treasures are to be found there! And homeschooling mamas everywhere love a good book.

One of the best children's authors is a lady called Kate Seredy.  Her writing isn't spectacular but for visual learners in particular her books are an absolute feast for the eyes!  I connived for years to own my own copy of The Good Master.  Indeed I coveted this book so much I seriously contemplated stealing the library's copy because no~one else could love that book as much as I did!  I borrowed it so regularly & so often it was rarely actually on the library shelves.

So if she doesn't write particularly well, what is it about these books?  Two things.  Firstly, particularly The Good Master, which is the first of her books I read,  not only are they beautifully illustrated but they are richly detailed with Hungarian folk~lore, customs, mythology pre WWI.  The illustrations detail traditional customs, dress, way of life ~ & they are, without exception, exquisitely beautiful!  This is living history!

Secondly the B&W illustrations are superb!  Having once seen the Magyar warriors sweeping down from the Milky Way, never forgotten!

Seredy was, of course, Hungarian herself & many things besides an illustrator.  She only moved to the United States at the conclusion of WWI though reading her stories you would never guess English is her 2nd language.  She looked at the war & it's impact on the Hungarian people in at least 2 of her books: The Singing Tree, the sequel to the Good Master & The Chestry Oak.

I have yet to acquire my own copy of The Singing Tree.  I don't want one of these modern abominations.  I want the original hardback with the exquisite, detailed cover.  This book is considered a *living book* by the Sonlight Curriculum & is included in both their 4 & 6 core packages.  If it's not included by Charlotte Mason, it should be.  It so sparked my interest & imagination as a child I researched Hungarian history for fun & learnt the saddest of sad truths: the idyll Seredy wrote of disappeared with the war.  Hungary fell under communist domination & for the next decades was torn by civil unrest, rioting & rebellion.

Now here's the thing, & I will grant you I get great amusement out of God doing this sort of stuff.  People are always telling me, & I say it often enough myself, that God wastes nothing! How did God not waste a child's interest in all things Hungarian?

On Saturday one of the church pastor's visited briefly with us.  We knew, of course, he had  recently returned to his homeland to preach.  Yes it happens to be Hungary.  And he shared with us how he used to watch  his mother  stand at the kitchen table making molotov cocktails & his father used to transport them across the city in crates to blow up something Russian.  No comment.  Anyway, it is the sort of European history people tend not to know about ~ only, naturally, I did.  I gotta wonder about me.  So we were off & running.  Not that I know a lot but I knew enough to know that the 1957 uprising failed & the reprisals were awful.  I knew enough to know the Hungarian people never accepted communism.  Russia had a lot of trouble with that little neck of the woods.  I knew it was once part of the great Austro~Hungarian Empire, an empire that outdid the Prussians [German] but is now one of the poorest of the European countries.  And every time I think of this once great nation I see it in exquisite B&W detail where under the watchful eye of The Good Master Kate & Jansci grow like weeds on the great Hungarian plain.
Posted by Ganeida at 3:43 PM

Cool. I gotta get me this book too. So I can be clever about Hungary, of course. Great review!

Jeanne: I think you will absolutely adore the illustrations. Even after I outgrew the story I loved it for it's beauty.