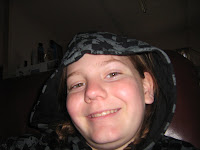 “'But I don’t want to go among mad people,' Alice remarked.


It's all Ditz's fault, you know. She would do it. Her father thinks it's terrific; he's not the one driving her hither & thither. I'm looking at my next fortnight & contemplating Pern. Pern is out Rabkat way in some whole other galaxy.


We have gone round & round with QPAC about tickets for the Friday night concert. First they said yes, then they rang & said no. Then they lost all the details & offered us Thursday night. Liddy is working so I wasn't interested. I asked them to refund my money & resigned myself yet again to not seeing my daughter in concert. I spoke to 4 different people who obviously had not spoken to each other & the last was so camp I was struggling not to burst into giggles throughout our whole conversation. Eventually they gave us tickets for Friday night. We get seats initially reserved for the disabled. I think it's highly appropriate. My sense of the ironic is killing me.


Having rung the accompanist for the exam no~one wants [*sigh*] & left a message saying we would be home by 8pm we toddled off to choir. This required a detour to buy a flesh coloured camisole [what's a camisole?] because the kids do not have a dressing room at QPAC & as Alison pointed out, 'I do not want security footage of you all standing round the backstage corridors in your underwear!' Yikes! A camisole it was.

Being the odd person I am I enjoy rehearsals far more than the real thing & I particularly enjoy watching Alison rehearse her ensemble. I am always amazed at how close the kids come to meeting her very high expectations. Having run through their two big songs she began the excruciating process of having the entire choir sing the piece solo, one by one, because how can she fix faults if she doesn't know what they are & who is doing what?

This alone is an eye~opener. Those who have been with Alison a while don't even think to quibble. When their name is called they stand & sing a Capella as directed & they wear her comments without suffering a major meltdown. The newbies, all from a public school, squirmed out of it. Ditz, homeschooled & coming in to a choir trained to stand & sing, doesn't quibble either. Even the most experienced kids find this daunting. Their voices get the occasional wobble & loss of pitch. Poor old Ditz had to sing second ~ & she sings seconds so was singing a slightly different tune to the first girl & being Ditz she hasn't bothered to learn all the words because she picks up on what's next from the singers around her. I did rather expect Alison to eat her alive. Instead she got the biggest compliment.

Now I must point out when it comes to singers I like Grace Slick & Meatloaf; big, raw voices with a lot of power behind them, or slightly odd ones like J.J. Cale. To me Ditz has a *pretty* voice; nothing special. Apparently not. Alison told her how much her voice had come on then went on to tell her how much she likes her voice which is, apparently, pure & clear like her flute. I nearly died. Seriously? Our Ditz? Obviously I don't appreciate the girl enough. Apparently she is an extremely valuable member of the ensemble & brings a unique quality to it. O.k, I'm gobsmacked. And do remember I listen to this ensemble week in, week out & I've heard all the voices solo at least once & there are voices I appreciate far more than my Ditz's. Not that I would tell her so for love or money. She's been told to keep working on the songs because the acoustics at QPAC mean that the kids aren't going to be able to hear each other. The individual miking means they are only going to be able to hear themselves & it will sound to their ears as if they are singing solo. And that's before we get to the fact that as guest artists when this show is televised the whole lot of them will be panned so they want to have it really together. I am having this major panic; my daughter has barely batted an eyelash. That is probably a good thing.

So thinking rehearsal was nearly done & Alison had merely run overtime I packed my book, found the car keys & prepared to bolt. Nope. Long rehearsal. Frantic phone call home to tell Liddy who had to field the accompanist's phone call. My life is out of control. However the accompanist explained exactly what would happen at the exam. Good. She said if we picked her up she would direct us in. Better. She is calm & knows what she's doing which is more than we do. Best of all. Naturally Ditz's mind is not on her exam. I explained about the singing. Local woman. Knows Vocal Manoeuvres. Impressed. Why am I always the last person to know how big a deal we've landed in the middle of?

We were late home. Ditz was very late to bed. We were tired & hungry & Ditz was whirring & spinning like a top. Excitement & tiredness are not a good combination. We will pay for it today. We have a local rehearsal Saturday morning, a QPAC rehearsal Sunday, two during the week that I am still not sure we can get to, then the performances: Thursday, Friday, two Saturday. Oh my! We will not be schooling this week. Ditz will have to do her flute practise but everything else must go on hold. Neither of us need the stress.

And this is why we homeschool. I wish my daughter would get this point because we have been here with Liddy who was in public school. Liddy regularly made regional teams for athletics, soccer & softball. She would be gone from class for days, & sometimes weeks, & not even expected to make up missed work, just to slot back into wherever the class had got to in her absence. Ditz at least is not missing anything. We pick up where we left off & go on. I can only think God endowed Ditz with an extra dose of self confidence to cope with this madness. I know I'm mad for lugging her round the countryside so she can sing like a canary.
Posted by Ganeida at 10:49 AM

Ditz is lucky to have you, so no swap, I'm hoping normal lasts a bit longer here :o)

At least you got tickets. I can't believe you don't get a free pair! On the front row, even.

Camisole is also a clinical term for a straitjacket... :-D

I agree with MamaO above - you parents ought to get complimentary tickets...

What does "singing seconds" actually mean? (showing my ignorance of anything musical here - Cindy is the musical one, not me)

I know I'm mad for lugging her round the countryside so she can sing like a canary.

Nah, you're not Mad, You're Mum. They're often quite nearly the same, but there remains a wee bit of a difference. *grin*

moly, you always make me giggle. Firsts sing the melody, seconds sing a harmony, I say *a harmony* because there may be 3 or 4 parts for this particular ensemble. Thirds usually sing the alto part & seconds fall somewhere between the two. Little girls tend to have very high voices so sing the high soprano parts. Like boys girls voices change & mature around adolesence so they generally sing seconds. By middle adolescence their voices have settled into their adult range. Theoretically of course. It's all theoretical. I would agree Ditz's voice has matured. She used to be able to bend metal UGH! Now she gets a much richer, fuller sound which I personally like far more but she's still no Grace Slick! Now you I would expect to know Jefferson Airplane! :D